Home Technology What is a Trojan Horse and How Can You Protect Your Company Against it?
Technology

What is a Trojan Horse and How Can You Protect Your Company Against it? 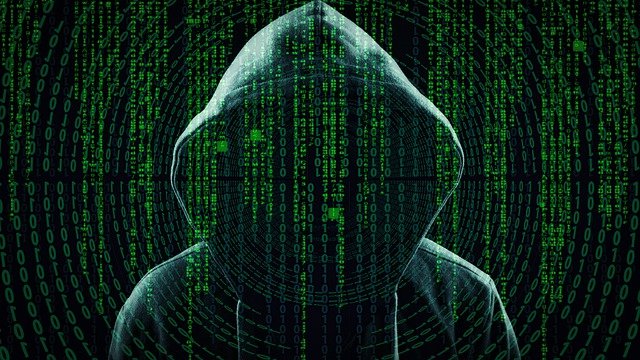 A Trojan is computer malware disguised to look like a harmless file such as an app or software that a user would mistake for a genuine product. Once let into the computer, the Trojan, like its Greek predecessor, unleashes its malicious function in the background, compromising the user’s privacy. The Trojan will collect passwords, record keyboard strokes, and may open a gateway for more malicious malware to infect and take over your computer.

Although Trojans do not replicate like computer viruses, they still cause great harm to the user. The malware will modify data, delete, block, copy, or simply disrupt the functions of computers and network performance.

Methods by which a Trojan infects a device

Hackers understand the behavior traits of computer users and exploit these weaknesses to get the malware installed. How to prevent malware attacks may depend on continuous system updates and training of users on possible dangers lurking in suspicious emails. Awareness among users is especially important because the Trojan needs their help through downloads or clicks on links to infect the computer. Unless one clicks on a link or downloads an unsolicited app or software online, the Trojan will remain inactive and harmless on the device.

The tricks hackers use to launch the malicious Trojan horse include social engineering that manipulates the user through attractive freebies to download an app or click on a link. Once a user does this, the malware gains entry and launches its attack unobtrusively without attracting attention until it’s too late and the damage done.

A malicious email attachment or scareware purportedly coming from a trusted source or the browser operator can pop up on the screen, warning of a possible threat to the device and offering a solution. Clicking on the offered solution installs the Trojan without your knowledge.

Types of the Trojan horse malware

Trojan horse malware has many types designed for different functions against disparate systems. For users of instant messaging platforms, Skygofree is a particularly dangerous Trojan reading and stealing passwords and messages shared between parties, seriously compromising cybersecurity for remote workers. Backdoor Trojans are equally lethal when they are installed on a computer as they create a parallel system with botnets on the device, exposing it to further attacks, including activation of codes and commands. Rootkit is an assistant Trojan that is designed to conceal the actions of malicious programs installed on the device for as long as possible until the attack is complete.

There are many more Trojan horse malware types and versions that have sprung up over the years, and these may include the following;

No device or operating system can claim immunity from one form of Trojan horse malware or the other. Computers on Windows OS, Macs, and android mobile devices are all vulnerable to Trojan infection and attacks. There are also multiple media through which the Trojan spreads, such as malicious phishing messages with infected attachments, bogus websites, and engineered text messages to unsuspecting users. Even states today install surveillance Trojan malware on devices without the knowledge of the users to mine information and track activities.

However, criminals use the Trojan horse malware to inflict maximum damage to their victims as they enrich themselves. The hackers’ advanced attack arsenal is the backdoor Trojan quietly installed on a device via a malicious email attachment.

Once onboard, the backdoor Trojan opens and maintains a gateway for more lethal malware to be introduced for the desired purpose. With this unrestricted access, the malware will collect confidential data, passwords, and login credentials for use elsewhere or encrypt files for a ransom payment. It is vital that users regularly update their software, deactivate macros in Word and Excel, and implement a strict policy on email attachments from unfamiliar sources.

Authentic software programs and apps can be quite costly for many users who need them for their daily and professional activities. This prohibitive cost encourages the attraction to cheap alternatives or freemiums to get the experience offered by the expensive original. Hackers know this and exploit the chance to introduce just the right freebies any user will want to download onto their computer. There’s no such thing as a free lunch, and the same is true of such free apps that come with Trojans riding on their backs to gain entry into your system.

Downloading free-to-use apps may save one a few dollars if the apps are genuine but can cost a fortune in losses if the app brings along a malicious Trojan. Avoid the freebies and source software programs and apps from regular vendors.

How to avoid Trojan horse infection

The email and its attachments provide the horse the Trojan malware uses to gain entry into your system. Have a clear policy on handling email attachments from new senders and possibly go through the text to establish if the email is genuinely intended for you before opening attachments.

Download programs and apps from trusted sources only and avoid offers of free apps from unknown channels as these could be Trojans. Regularly update security programs and operating systems to keep ahead of emerging Trojan types and versions while keeping all macros off in Word and Excel.

Exercise caution when browsing and think before clicking on links on unfamiliar websites, as you could expose yourself to a drive-be hit from malware planted on the site. Always display the entire file extension to be sure that it does not contain a malicious .exe function that could execute a malware installation in the background. Above all, always ensure to back up your data on external devices and the cloud platform in case your cybersecurity is breached.

I am veeramachineni lalitha a part time blogger from India. I am tech enthusiastic , music lover and Good Cook . Find me on Facebook

Bitcoins to Cash: How to do it?

4 Advantages Of Using A Business VPN

How To Make Landscape Design A Lot Easier...

What is API and SMS API ?

How to Choose a Powder Coating Oven Size...

The Pros And Cons Of Using An Invoice...